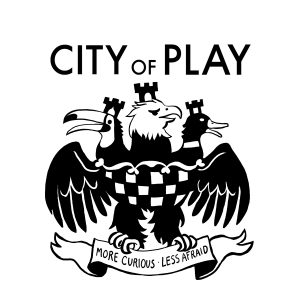 Founded as Obscure Games in 2008 by Adam Nelson, City of Play was originally a student group at the University of Pittsburgh where players would regularly gather to learn and play unusual games from around the world. Since its conception, City of Play has created and curated dozens of games for businesses, communities, and players throughout the greater Pittsburgh region.

In 2017, Greg Manley succeeded Nelson as City of Play’s director and the company oriented its mission around the international practices of Carnival. In addition to its original game-design services, and obscure sports gatherings, City of Play now produces immersive experiences and workshops in an effort to build the spirit of public revelry.