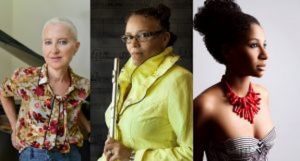 Join City of Asylum for an installment of our monthlong Jazz Poetry Festival!

As part of our fifteenth annual Jazz Poetry Festival, this will be an evening of jazz and poetry collaborations. Myra Melford and Nicole Mitchell will be the featured jazz performers. Poets Alison Rollins, Celeste Gainey, Cameron Barnett, and Ellen McGrath Smith will perform.

As part of our fifteenth annual Jazz Poetry Festival, this will be an evening of jazz and poetry collaborations. Myra Melford and Nicole Mitchell will be the featured jazz performers. Poets Alison Rollins, Celeste Gainey, Cameron Barnett, and Ellen McGrath Smith will perform.

The pianist, composer, bandleader and professor Myra Melford—whom the New Yorker called “a stalwart of the new-jazz movement”—has spent the last three decades making brilliant original music that is equally challenging and engaging. Culling inspiration from a wide range of sources including Cecil Taylor, the blues and boogie-woogie of her native Chicago, the poetry of Rumi, the AACM and yoga, she’s explored an array of formats, among them ruminative solo-piano recitals, deeply interactive combos and ambitious multidisciplinary programs. The Other Side of Air, the most recent release by her quintet Snowy Egret, was named one of the best jazz recordings of 2018 by the New York Times and one of NPR Music’s 50 Best Albums of 2018. “This is music with an endless capacity for elasticity and surprise,” NPR wrote, “along with an affirming spirit of coherence.”

After having been an influential presence in New York since the mid-’80s, Melford relocated to the Bay Area in 2004, to join the music department at the University of California, Berkeley, as a Professor of Composition and Improvisational Practices. She continues to bring cutting-edge jazz and new music to the campus community via her teaching and as a curator for Cal Performances. The organization’s 2019-20 season includes a series called the Myra Melford Jazz Platform, with concerts featuring Nicole Mitchell and Josh Kun, the David Virelles Trio, Amir ElSaffar’s Rivers of Sound and a duo double bill of Tim Berne with Matt Mitchell and Ingrid Laubrock with Kris Davis. Melford sees the series as an opportunity to bring to the Bay Area artists she describes as “innovative performers across generations who are blending composition and improvisation in exciting, original ways.”

Nicole Mitchell is an award-winning flutist, composer, conceptualist, bandleader, and educator. A Doris Duke Artist (2012) and recipient of the Herb Alpert Award (2011), her research centers on the powerful legacy of contemporary African American culture, its ongoing expression of resistance and resilience, its intriguing dialogue within the African diaspora and its transformational impact on culture throughout the globe. For over 20 years, Mitchell’s critically acclaimed Black Earth Ensemble (BEE) has been her primary compositional laboratory with which she has recorded 10 albums and performed at festivals and art venues throughout Europe, Canada and the U.S. Her recognition as a 2018 recipient of the “Champion of New Music Award” from the American Composers Forum was a positive response to her output of work with BEE. Much of Mitchell’s creative process has been informed by literature and narrative, with a special interest in science fiction. Her album, Mandorla Awakening (FPE, 2017), combined Afrofuturism with intercultural collaboration and was selected by the New York Times as the #1 jazz album of 2017.  Mitchell composes for contemporary ensembles of varied instrumentation and size (from solo to orchestra and big band) while incorporating improvisation and a wide aesthetic expression. As a composer, she has been commissioned by the French Ministry of Culture, the Chicago Museum of Contemporary Art, the Newport Jazz Festival, the Art Institute of Chicago, the French American Jazz Exchange, Chamber Music America, the Chicago Jazz Festival, International Contemporary Ensemble (ICE) and the Chicago Sinfonietta. As a flutist she has developed a signature language of improvisation through her use of extended techniques informed by jazz, classical and world music traditions of flute playing. She has been a repeated recipient of the “Top Jazz Flutist” awards from Jazz Journalists Association and Downbeat Magazine from 2010-2019. Professor Nicole Mitchell is the William S. Dietrich II Chair for Jazz Studies, where she works to continue the visionary legacies of her predecessors Geri Allen and Nathan Davis.

Alison C. Rollins holds a Bachelor of Science in Psychology from Howard University and a Master of Library and Information Science from the University of Illinois Urbana-Champaign. Born and raised in St. Louis city, she currently works as a Librarian for the School of the Art Institute of Chicago. A Cave Canem and Callaloo Fellow, she is also a 2016 recipient of the Poetry Foundation’s Ruth Lilly and Dorothy Sargent Rosenberg Fellowship. Rollins has most recently been awarded support from the Bread Loaf Writers’ Conference, is a recipient of a 2018 Rona Jaffe Writers’ Award, and a 2019 National Endowment for the Arts Fellowship. A Pushcart Prize winner, Alison’s debut poetry collection Library of Small Catastrophes was published with Copper Canyon Press in Spring 2019. Her poems have appeared or are forthcoming in American Poetry Review, New England Review, POETRY, The Missouri Review, and elsewhere.

Celeste Gainey is the author of the poetry collection, the GAFFER, (Arktoi Books/Red Hen Press), cited by O, The Oprah Magazine as one of “8 New Books of Poetry to Savor” in 2015. Her chapbook, In the land of speculation & seismography (Seven Kitchens Press), was runner-up for the 2010 Robin Becker Prize. She has been a Hedgebrook Writer in Residence as well as a presenting poet at the Geraldine R. Dodge Poetry Festival. Graduating with a BFA in Film & Television from the Tisch School of the Arts at New York University, as well as earning an MFA in Creative Writing/Poetry from Carlow University, Gainey was the first woman to be admitted to the International Alliance of Theatrical Stage Employees (IATSE) as a gaffer, and has spent many years working with light in film and architecture. www.celestegainey.com

Cameron Barnett is a poet and teacher in Pittsburgh, Pennsylvania. His first collection, The Drowning Boy’s Guide to Water was a finalist for an NAACP Image Award. He is the recipient of a 2019 Investing in Professional Artists Grant Program, a partnership of The Pittsburgh Foundation and The Heinz Endowments. Cameron’s work explores the complexity of race and the body for a black man in today’s America.

Ellen McGrath Smith teaches at the University of Pittsburgh and in the Carlow University Madwomen in the Attic program. Her writing has appeared in The American Poetry Review, Los Angeles Review, Quiddity, Cimarron, and other journals, and in several anthologies, including Beauty Is a Verb: The New Poetry of Disability, Joyful Noise: An Anthology of American Spiritual Poetry, and Rabbit Ears: TV Poems. Smith has been the recipient of an Orlando Prize, an Academy of American Poets award, a Rainmaker Award from Zone 3 magazine, and a 2007 Individual Artist grant from the Pennsylvania Council on the Arts. Her second chapbook, Scatter, Feed, was published by Seven Kitchens Press in the fall of 2014, and her book, Nobody’s Jackknife, was published in 2015 by the West End Press. www.ellenmcgrathsmith.com 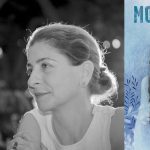 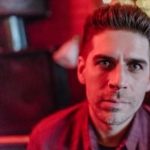 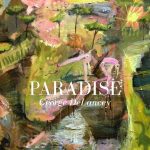 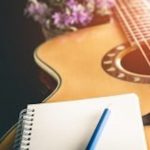 Pittsburgh Songwriters in the Round 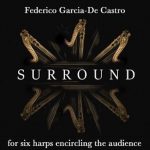 BUY TICKETS SAVE IT
Click to bookmark this listing
SHOW MORE