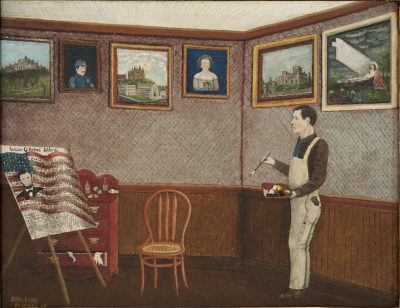 Join the History Center to explore the evolution of folk and self-taught artists as part of a panel discussion.

Join the History Center to explore the evolution of folk and self-taught artists as part of a panel discussion.
Curators from the American Folk Art Museum, historian and curator Louise Lippincott, and contemporary artist Christine Bethea will discuss the barriers and challenges artists like John Kane faced during the past 100 years and how art museums and collectors have perceived their work. The History Center’s new exhibition, Pittsburgh’s John Kane: The Life & Art of an American

Join the History Center to explore the evolution of folk and self-taught artists as part of a panel discussion.
Curators from the American Folk Art Museum, historian and curator Louise Lippincott, and contemporary artist Christine Bethea will discuss the barriers and challenges artists like John Kane faced during the past 100 years and how art museums and collectors have perceived their work. The History Center’s new exhibition, Pittsburgh’s John Kane: The Life & Art of an American Workman features 37 original works of Kane’s art.

Moderated by American Folk Art Museum Director and CEO Jason T. Busch, the panel will reveal how the lived experience of folk artists affects their creative expression, examine how their art reflects American social, cultural, and political life, and whether they should embrace or fear the “outsider” or “self-taught” labels.

Busch has decades of experience in the arts, having served as chief curator and curator of decorative arts and design at the Carnegie Museum of Art in Pittsburgh; deputy director for curatorial affairs and museum programs at the Saint Louis Art Museum; division director for decorative arts at Sotheby’s, New York; and director of the Jason Jacques Gallery, New York. He has authored the associated publications, including “Currents of Change: Art and Life Along the Mississippi River, 1850–1861” (2004) and “Inventing the Modern World: Decorative Arts at World’s Fairs, 1851–1939” (2012).

An award-winning visual artist with 20-plus years of additional experience as a curator and arts administrator, Ms. Bethea’s work as a Western Pennsylvania quilter has been archived by the Heinz History Center, a Smithsonian Affiliate. Selected to showcase at the 100th Folklorist Conference in Baltimore, Bethea’s film direction of “This is BCAP,” resettlement as seen through the eyes of teen Bhutanese artists, received national recognition through support from the Pittsburgh Office of Public Art and the National Endowment for the Arts. Bethea is a popular Teaching Artist, rostered by the Pittsburgh Center for Arts and Media, whose mediums include fiber, painting, glass, ceramic, and mixed media and videography. She currently serves as President of Women of Visions, Inc, a historic African American visual Arts organization located in Pittsburgh. Bethea recently was named as one of Americas Cultural Treasures. https://www.womenofvisionspgh.org/
Emelie Gevalt
Curatorial chair for collections and curator of Folk Art at the American Folk Art Museum, New York

Gevalt received her B.A. in art history and theater studies from Yale University and her M.A. from the Winterthur Program in American Material Culture. She has previously held positions at the Museum of Fine Arts, Boston, and at Christie’s, New York, where she was a vice president in the Estates, Appraisals & Valuations department. Gevalt, a doctoral candidate at the University of Delaware, curated American Perspectives: Stories from the American Folk Art Museum Collection currently at The Frick, Pittsburgh.
Louise Lippincott, Ph.D.
Art historian, guest curator for the Pittsburgh’s John Kane exhibit at the History Center

Louise Lippincott, an art historian, graduated from Yale University and earned a Ph.D. in history from Princeton University. A former curator at the Philadelphia Museum of Art, J. Paul Getty Museum, and Carnegie Museum of Art, she has specialized in artists working outside the modernist mainstream and in unconventional historical contexts.

Her interest in John Kane originated during her tenure at the Carnegie, which holds the largest public collection of Kane’s art in the US. Lippincott recently authored “American Workman: The Life and Art of John Kane” with Maxwell King and served as the guest curator for the History Center’s current exhibition on John Kane.
Valérie Rousseau, Ph.D.
Curatorial chair for exhibitions and senior curator at the American Folk Art Museum, New York

Rousseau has overviewed critically acclaimed exhibitions, notably Morris Hirshfield Rediscovered (2022), Photo|Brut: Collection Bruno Decharme & Compagnie (2021), Art Brut in America: The Incursion of Jean Dubuffet (2015), Willem van Genk: Mind Traffic (2014), and the AAMC award-winning When the Curtain Never Comes Down (2015). She authored the FILAF-winning publication Bill Traylor (2018), “The Fate of Self-Taught Art” (The Brooklyn Rail, 2018), and “Visionary Architectures” (Alternative Guide to the Universe, Hayward Gallery, 2013). In 2022, she was selected to attend the seminar “Showing/Searching: art brut and its archival impulse” of the Bibliothèque Kandinsky Summer University at Centre Pompidou in Paris. In 2019, she was the recipient of the Curatorial Fellowship for American Curators, “Étant Donnés Contemporary Art” of the FACE Foundation, on the concomitance of psychiatric and artistic avant-gardes.

Tickets are $20 for general admission and $10 for History Center members. Admission includes one complimentary drink ticket.

This lively one-hour discussion will conclude with a Q&A with the audience. 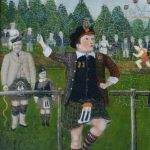 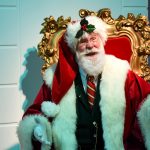 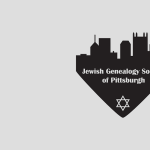